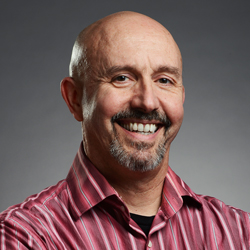 Chuck Coyl has been a professional fight director for over 30 years and is a three term President and two term Vice-President of the SAFD. Recent credits include the Broadway production and national tour of “August: Osage County”, “The Crucible” and “Superior Donuts” at the Steppenwolf Theatre, “World of Extreme Happiness, “Magnolia”, "The Upstairs Concierge", "2666" at the Goodman Theatre, “Porgy and Bess”, “Tosca”, "Carmen" at the Lyric Opera of Chicago and “Private Lives” at Chicago Shakespeare Theater. Other notable productions include, the world premiers of Killer Joe, Bug, and The Point of Honor. He is a founding member of the Single Action Theatre Company, and is on the faculty of the Actor’s Gymnasium and Roosevelt University in Chicago.