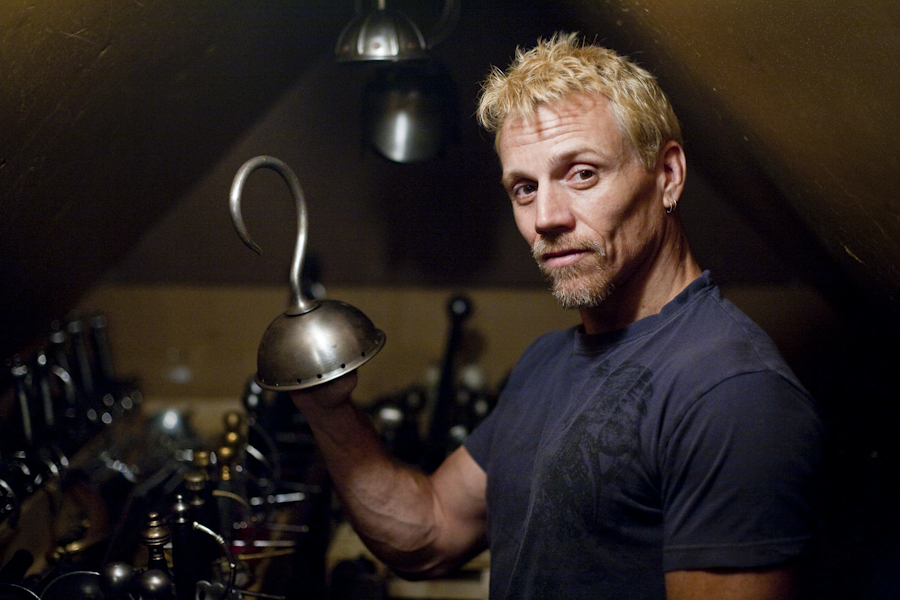 Robb Hunter is a Fight Master and Theatrical Firearms Instructor for the Society of American Fight Directors as well as a long-time member of AEA, SAG/AFTRA and the Stage Directors and Choreographers Society. Robb is also honored to serve on the Governing Body as Fight Director representative. Professionally, he is an award winning Movement & Fight Director and has choreographed violence/movement for many DC theatres including The Shakespeare Theatre, Arena Stage, Center Stage, Washington National Opera, Woolly Mammoth Theatre, Ford’s Theatre, The Studio Theatre, Olney Theatre, The Baltimore Shakespeare Festival, Rep Stage, and Washington Shakespeare Company, among others. Robb holds an MFA in Theatre Pedagogy from the Virginia Commonwealth University and is currently the combat instructor for the Shakespeare Theatre's one year intensive MFA program, the Academy for Classical Acting. He is also an Artist in Residence at American University where he choreographs, directs and teaches movement, mime, stage combat, acting and various sections of theatre history. In addition he teaches stage combat for McDaniel College, the MFA program at Catholic University and he is a teaching artist for The Shakespeare Theatre and for the Acting Conservatory at The Studio Theatre. When he is not teaching or directing violence he is “enabling” it through his theatrical weapons rental company, Preferred Arms, Inc. which supplies swords, knives and assault rifles to theatres and universities nationwide (www.preferredarms.com). Before becoming a professional Fight Director Robb was an actor in New York and was fortunate enough to have spent an amazing three years working with Michael J. Fox as his stand-in and stunt double and a year annoying Whoopi Goldberg with his horrible Persian accent.