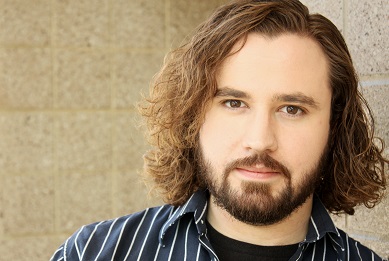 Tony Pellegrino hails from the Great Lakes Region. More importantly, Tony hails from the great state of Illinois. Most importantly, he hails from the great city of Chicago. Well, the suburbs of Chicago. But go Hawks anyway, right? He is a registered Advanced Actor/Combatant as well as a Fight Choreographer that is slowly but surely making a name for himself all over the Chicagoland area. Whether it's a good or bad name, that has yet to be decided. In 2011, Tony received his Bachelors in Acting from Illinois State University where he worked with/under CT/FD Paul Dennhardt. In 2010 had had received his Associate in Arts from Elgin Community College where he worked with both CT Stephen Gray and CT/FD John Tovar. He holds Recommended Passes in Unarmed combat, Rapier and Dagger, Single Sword, Quarterstaff, and Knife. He also has a Basic Pass in Smallsword, but let's not focus on that right now, yeah? Yeah.

Tony is the Assistant Director/Fight Captain of By the Sword, the fight cast of the Bristol Renaissance Faire.

Vagabond School of the Arts