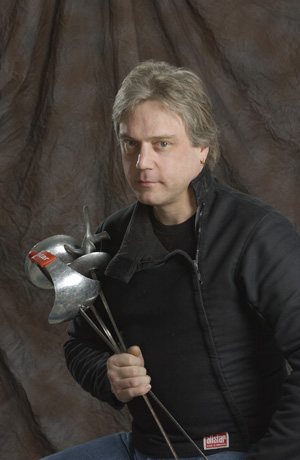 Mr Eddy began his stage combat career under the guidance of David Boushey when he choreographed fights for a production of Richard III at Western Washington State College in the 1970's. Mr Eddy has been a member of the Society since its inception. He has choreographed fights on both coasts over the years. He established "the Stage Combat Studio" at his fencing club in 2006 and for several years hosted SPT's after the students had run the gauntlet. He currently coaches Epee in the Boston area and still sets fights. Thank you to Maestro Boushey and Maitre Beguinet for their guidance and friendships.