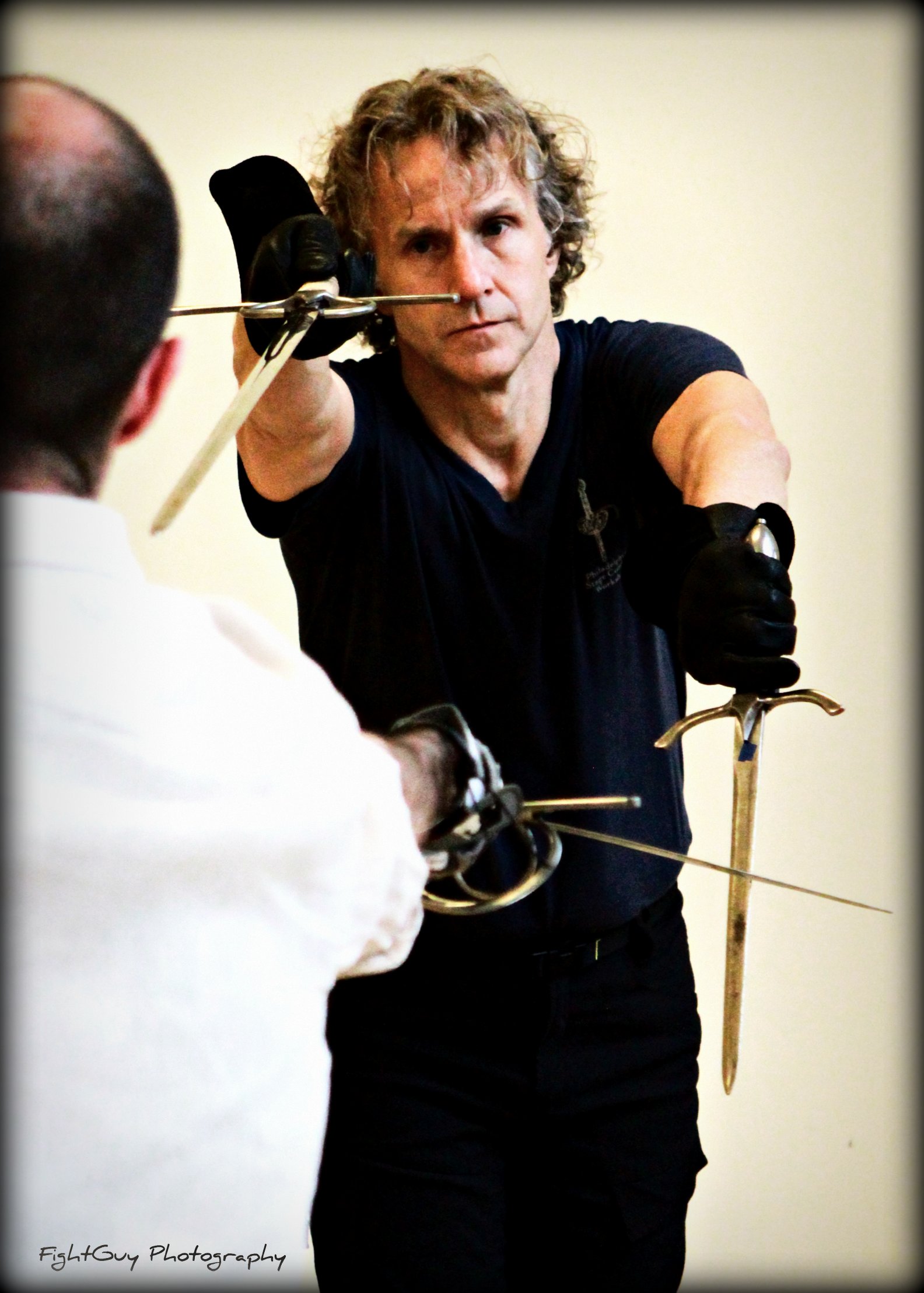 Ian has arranged fights for commercials, for film and on stage, and has been staging fights in the New York and Philadelphia areas for over twenty-five years. Ian's work has been seen at the Riverside Shakespeare and Interborough Repertory Theatre in New York, The Whole Theatre in New Jersey, the Bridewell Theatre in London, and MTM Studios in Rome.  Closer to home, Ian has worked at The Pennsylvania Shakespeare Festival, The Philadelphia Shakespeare Festival, the Philadelphia Theatre Company and the Wilma Theatre in Pennsylvania. Ian has had the honour to have taught at many Fight Directors Canada and The Society of American Fight Directors national workshops, and is one of the coordinators of the Philadelphia Stage Combat Workshop. Ian is one of only two in the world to be counted a Fight Master in two professional fight direction organizations, a Fight Master with Fight Directors Canada and The Society of American Fight Directors.  Ian was a Technical Advisor on the film A Winter’s Tale and Fight Coordinator on the History Making Production's documentaries Philadelphia: The Great Experiment and Urban Trinity. He currently holds a  4th degree black belt in Shotokan Karate and teaches at Temple University.  For more information on Ian visit his website: ianrosefights.com