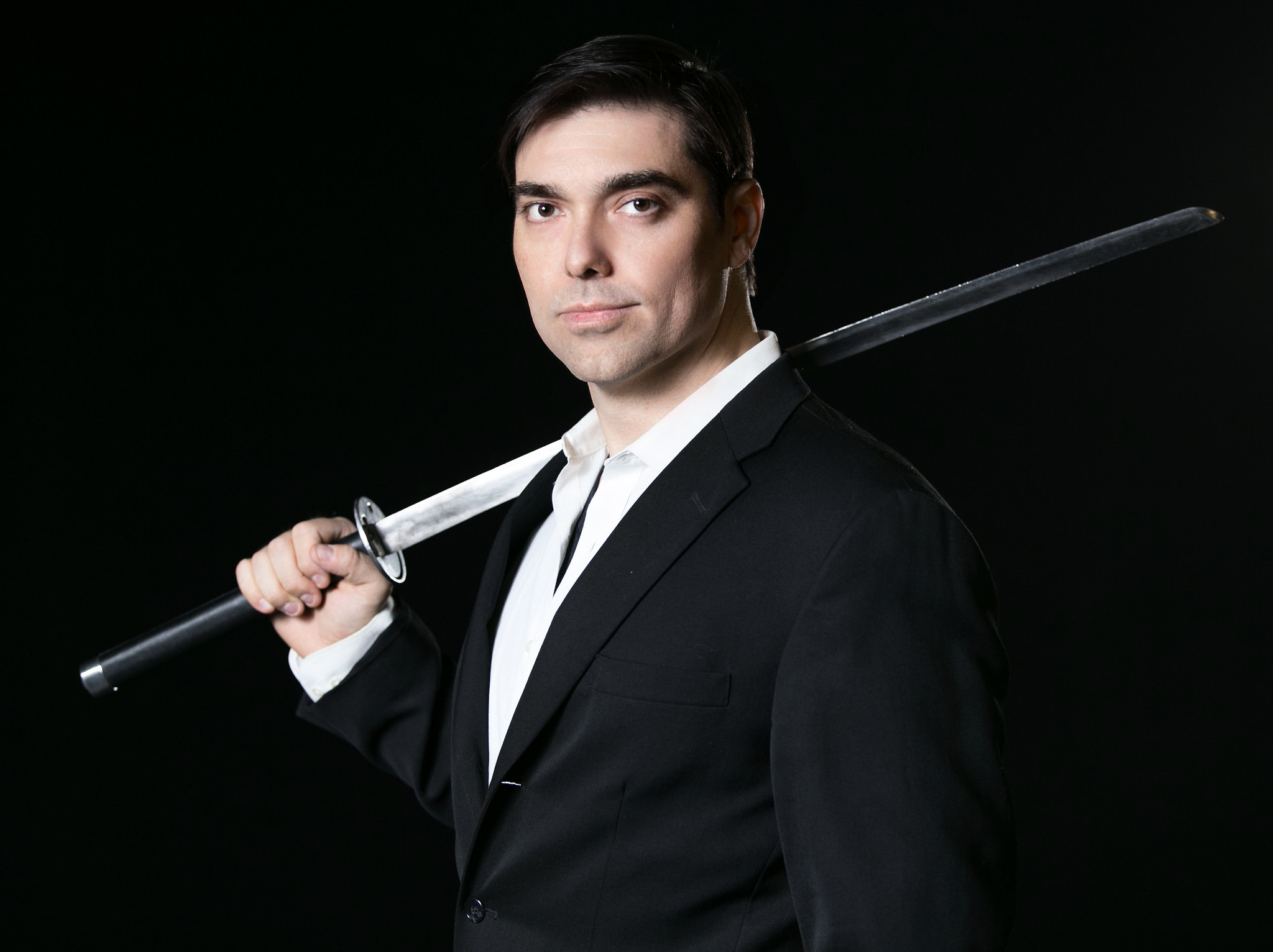 Christopher Plummer is the Director of the Cultural Arts Theater at Rockland Community College as well as an adjunct professor, teaching Shakespeare on Stage, Improvisation I & II, Physical Acting for the Stage I & II. He is a Certified Teacher with the Society of American Fight Directors and a recommended Actor-Combatant with the organization proficient in all eight weapons endorsed by the SAFD. Christopher is also the Co-Founder/Co-Artistic Director of the long-running Rockland Shakespeare Company. Each year the company produces three productions, two with the adult RSC and one with the annual RSC Jr. production, which was established by Christopher and Co-Founder, Patty Maloney, for local area High School students to experience Shakespeare in a fun and friendly environment. The RSC has multiple nominations for Best Arts Organization by the Arts Council of Rockland. Christopher is also a writer. As a screenwriter, he has written a number of screenplays including "Of Love and Fate", "A Tale in Time" as well as a number of short films. As a playwright, Christopher's most recent work is entitled "Vero Nihil Verius (Nothing Truer Than Truth)" - about Edward de Vere, the 17th Earl of Oxford. Christopher is a Certified Teacher with the Society of American Fight Directors and a professional Fight Director, having worked on such productions as "The Farm" and "Playing the Assassin" for the Penguin Rep Theatre. (Here is a NY Times review: http://www.nytimes.com/2014/09/28/nyregion/a-review-of-playing-the-assassin-in-stony-point.html?_r=0 ) He is also the creator of the Fight Master Workshop and the Fight on Film workshop at Rockland Community College. The workshop was started with world-renowned Fight Master Richard Ryan and has since had such illustrious names associated with it, such as Fight Master and Broadway Fight Director - J. David Brimmer. The annual event is held every summer at Rockland Community College. Other members of the SAFD have taught Skills Proficiency Tests at RCC and Christopher regularly holds these test (as well as Skills Proficiency Renewals) in his Physical Acting for the Stage classes. Christopher is a professional actor and a member of SAG-AFTRA. He has appeared in numerous plays and directed a multitude of productions at Rockland Community College, for the Rockland Shakespeare Company as well as at other venues throughout the US. Christopher is the Founder/Director of the long-running Pen & Sword Theatre Troupe, which produces theatre workshops for elementary, middle and high schools in the area. Workshops include lecture/demonstrations on Shakespeare and Stage Combat.