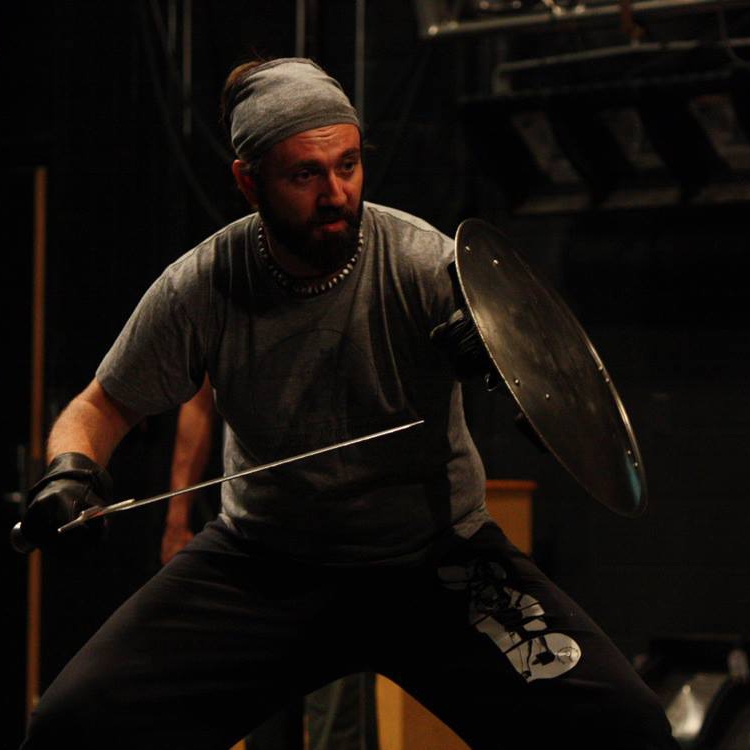 Andrew Dylan Ray (A-Ray) is an actor, fight director and educator who works from coast to coast. He is a Certified Fight Director and Stage Combat Instructor with the Society of American Fight Directors that holds a BA in Theatre from The University of Kentucky and an MA in Theatre from Louisiana Tech University where he studied performance and stage movement. Andrew currently teaches acting and directing at Louisiana Tech University. On top of that he teaches stage combat and directs fights in New York, Illinois, Kentucky, Texas, Georgia, Ohio, North Carolina, Missouri, Kansas, New Mexico, Oklahoma and Florida. He also spends time in Los Angeles, Chicago, Dallas, Wisconsin and New York working as a motion capture performer and motion capture fight coordinator. He is one of the lead motion capture performers and fight coordinator for the Saint’s Row and Borderlands video game franchises and over 20 games. He has also performed motion capture for a variety of projects with Penn and Teller.