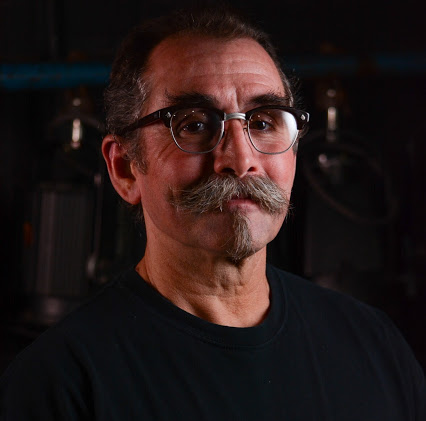 Mark is Director of the School of Theatre at Louisiana Tech University. He serves on the faculty as a Professor of Movement and Design. Mark is a past recipient of the SAFD President's Award, the Paddy Crean Award and Louisiana Tech University's Senate Chair Award for excellence in teaching. He is a director, designer, and fight director. He has worked in theatres from Tokyo to Rome as lighting designer, director, and fight director. He has over twenty-five years experience working in outdoor drama. Mark received his B.A. from Centre College of Kentucky and his M.F.A. from Memphis State University. He is a Fight Master of Stage Combat with the Society of American Fight Directors and a Certified Teacher with the British Academy of Stage and Screen Combat.

Mark has collaborated on original productions with William Joyce, Mikel Rouse, and the Flaming Idiots. All this in search of Einstein’s, “The most beautiful thing we can experience is the mysterious. It is the source of all true art and science”.

Some of his recent directorial credits include: the national award winning original script KAB MAN,The Leafmen and the Brave Good Bugs, a play based on the book by William Joyce; Shane, the world stage premiere; and Bluejacket the Epic Outdoor Drama, Living Dead in Denmark, and She Kills Monsters.