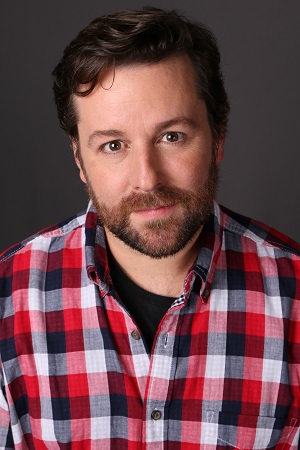 Bart Williams, former Managing Director of the Michigan Shakespeare Festival, is an Artistic Associate of UK based Sell-A-Door Theatre, and an honorary member of the Chicago Associates of The Stratford Festival of Ontario. Bart holds an MFA from Wayne State University’s Hilberry Theatre, an MA from the Liverpool Institute of Performing Arts (LIPA) and a Master of Performance in Musical Theatre from the Royal Conservatoire of Scotland (RCS). Bart maintains an active professional career as both a director and a performer in regional theatre, Canada, and London. He has taught Stanislavsky-based acting theory at LIPA, and worked closely with R.C.Annie fight school in London as an acting, text, and violence specialist, and he has worked closely with the Young Vic’s Genesis Director’s program. Most recently Bart has been a dialect and accent instructor for Roosevelt University’s Theatre Conservatory at the Chicago College of Performing Arts. Bart was mentored by Stratford’s former Head of Movement, John Broome, and current Head of Voice and Movement, Jeanine Pearson. In Chicago, Bart maintains ties with Paola Coletto’s movement-based School for Theatre Creators. Bart is a member of VASTA and BADC, and his research interests include New-Work Devising, Violence Choreography and Vocal Health, and Shakespeare and the Classics for modern audiences.